Success of the faculty

8 scientist- teachers of the faculty are owners of the grant “Best University teacher of the RK”: 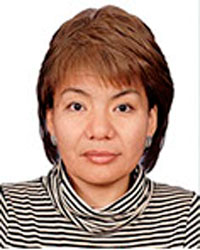 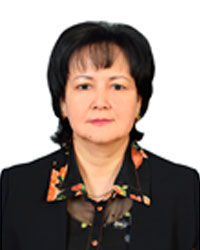 Achievements according to the Independent Accreditation Agency of the Republic of Kazakhstan (NAAR).:

On December 11, 2019, a rating of educational programs of universities was published, conducted jointly with the Ministry of Education and Science of the Republic of Kazakhstan and the Atameken National Chamber of Entrepreneurs. According to the results of the percentage of employed graduates and their average salary, assessment of the relevance of programs, as well as the results of questionnaires of graduates and expert assessments, specialty 5В021000-Foreign Philology took 2nd place, and specialty 5В020700 – Interpreting and Translation 5th place. 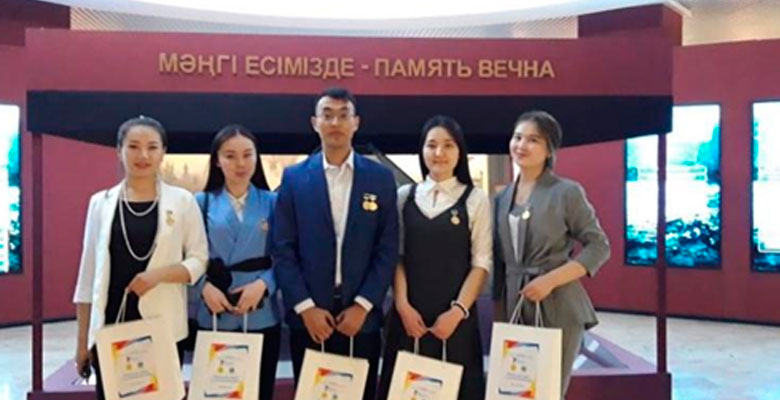 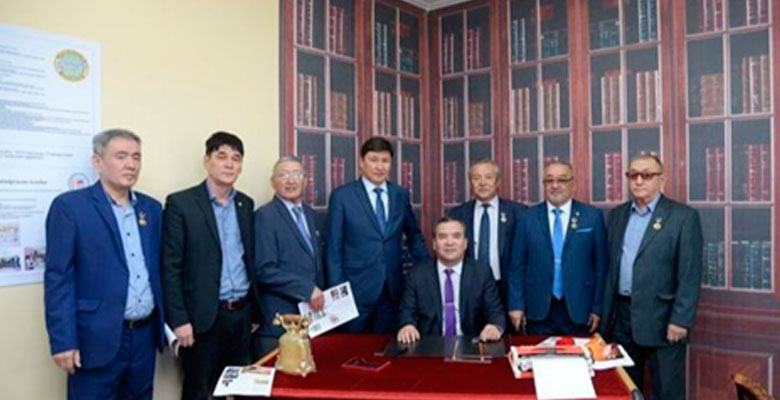 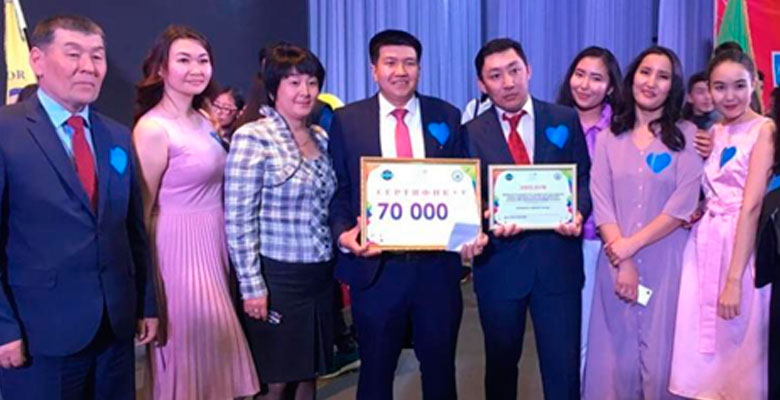 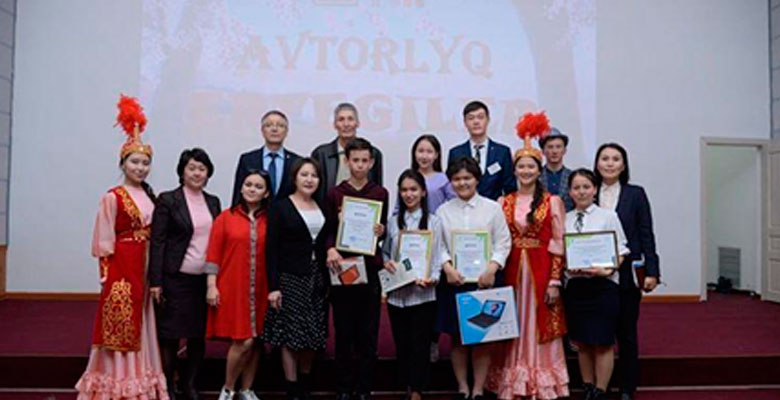 Student teams of the faculty, regularly participating in republican subject Olympiads, have the following prize places:

Based on the results of the republican Olympiad among universities on the Kazakh language and literature.

According to the results of the republican Olympiad among universities on the Russian language and literature.

Specialty 5B011800- “Russian Language and Literature”:

By the program of realization of multilingualism, special groups were created, where following teachers conduct lessons in disciplines:

The presence of 1 PhD doctor, 7 candidates of sciences, 19 masters of Arts and a master of pedagogy and psychology, including 3 Honorable workers of education and science of the Republic of Kazakhstan, and a winner of the title “Best teacher of the University of RK” indicates good scientific potential of the staff of the faculty of foreign languages. The faculty works on the organization and management of educational process, the use of educational technology in open sessions, conducting online seminars of international level, as well as monitoring attendance and ensuring the educational process in the departments.

Most of the teachers have passed courses of improving the qualification abroad (Kushkarova G.K., Trusheva A.T., Suleimenova Z. E., Urazova A. A., Usenova S.G., Zhumakhanova A.A., Aimukatova A.T., Burybayeva R.A., Taipakova A.R. and etc.), which undoubtedly contributed to increasing the motivation to learn and proficiency in a foreign language. Traditionally teachers use such types of learning as E-Learning, learning via Skype, video conferencing. Teachers of the faculty have passed an international exam on TKT – Teaching Knowledge Test, conducted by the University of Cambridge ESOL Examinations.

Teachers participate in various teaching seminars and webinars of the faculty and the University and receive different certificates regularly.

In addition, teachers are trained in the leading universities of the world. Teachers undergo courses of the advanced training in national training center “Orleu”.

Traditionally, the University conducts Olympiads on the English for the graduating classes of the secondary schools in Aktobe and regions;

The certification of Ministry of education and science showed the high rates on testing the specialties of the faculty;

For the 50th anniversary of Aktobe K. Zhubanov State University professor-teachers staff of the faculty were awarded by diplomas of Akim the city and region, and anniversary medals.

Kerimbayeva B.T., PhD doctor, assistant professor and the head of the department “Foreign Philology and Translation” is the holder of scholarship “Young scientist” of MSE RK.

The team of the faculty, regularly participating in science Olympiads, is the winner of the following prizes:

The faculty carries out at the University international workshops to enhance linguistic, methodological and linguistic training, annual seminars of the British Council and publishers Maсmillan, Goethe Institute and DAAD.

In the 2017-2018 academic year, under the program of external academic mobility, students of the 2-3 courses of the specialty “Translation studies” Bakyt Nurly, Zhumiev Nursultan, Konyspayev Kairat, Kudaibergenova Zulfiya were educated in  Urumqi, China.

In the second half of the 2017-2018 academic year, Bazarbayeva Aigerim, the 2nd year student, gained knowledge at the Eurasian Humanities Institute (Astana) under the program of internal academic mobility.

According to the program of academic mobility in the 2017-2018 academic year, 9 students (Tolegen Gaukhar, Umbetova Aizhan, Sanatova Zhibek, Shangereeva Saule, Kashkenov Temirlan, Aiymbetova Gulnaz, Zhumagaliyeva Zhansaya, Tleubergenova Perizat, Yerlik Botakoz) studied in the Xinjiang university. Hamitova Moldir, Karamanova Gulmira, Moldabaeva Ayazhan studied at the Financial University in Bydgoszcz, Poland. The 2nd year student Gabdualieva Aigerim studied at the University of Sakaria (Republic of Turkey) and received a free scholarship (a grant from the University of Sakaria) for the next academic year. Tynybekova Dilyara, the 3rd year student, studied at the University of Vytautas Magnus in Lithuania (Kaunas), at the Faculty of International Relations and Development. 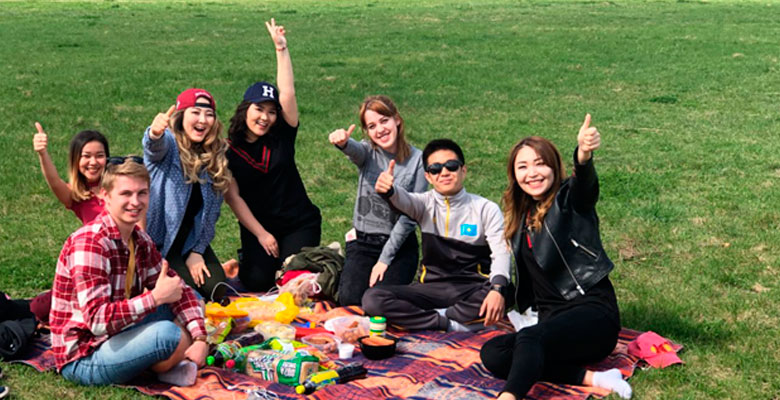 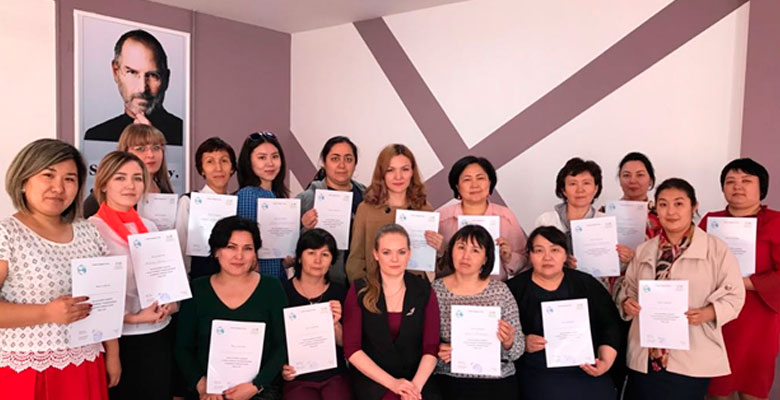